By Manet – Rosebud. Letter with watercolor

By Van Dyck – Manuscript with sketches of heads 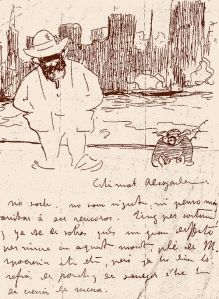 By Meifrèn, Eliseu – Self-portrait in New York in a letter to Alexandre de Riquer (1917)

By Van Gogh – Pollarded willows. Sketch in a letter (August 1882)

By Mola, Pier Francesco – Letter to the painter Pietro Paolo Baldini with a caricature of a woman on a celestial chariot pulled by winged phallus (the first two pages)

By Count de Meurs – Drawings in a letter. 15th century

By Potier, Julien – To Miss Cogniet. Female bust, back 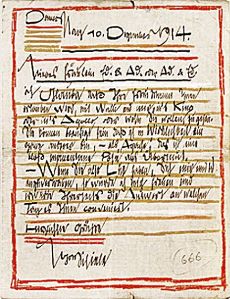 By Schiele, Egon – A letter to the sisters Edith and Adele Harms

By Van Gogh – Sketches of Scheveningen in a letter. Still life, bust and woman (december 1881) 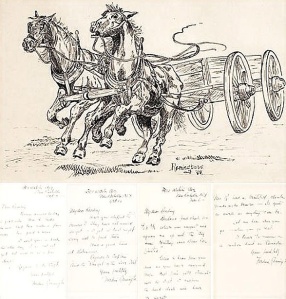 By Fantin Latour – The Truth and handwritten notes 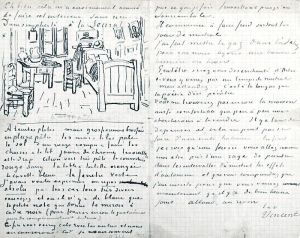 2 responses to “Letters, diaries and manuscripts”