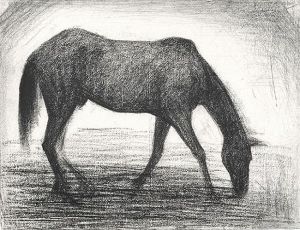 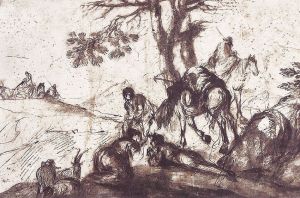 By Castiglione – Riders resting under a tree 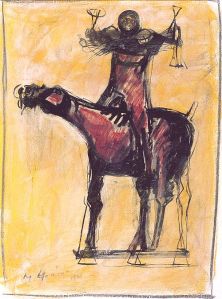 By Marini – Il cavaliere (The rider)

By Picasso – Transport and horses 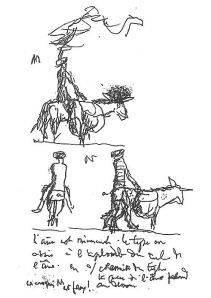 By Le Corbusier – Sketch of an ass 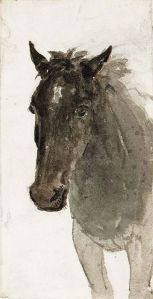 By Cox, David – Head and shoulders of a horse

By Redon – Male figure looking to the sky beside a horse

By Daubigny – Riverside landscape with rider

By David – Head of a horse 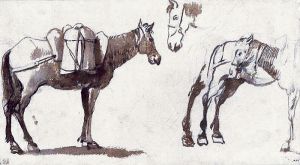 By Lorrain, Claude – Drawing of mules, including one full length

By Parrocel – Cavaliers in profile 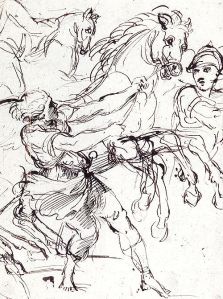 By Carracci – Figures with horses 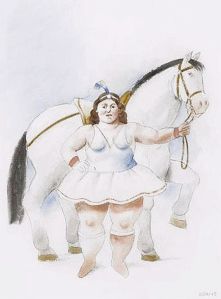 By Botero – Woman and horse

By Vernier, Emile L.- Horse in profile to right eating

By Da Vinci – Drawing of an equestrian monument 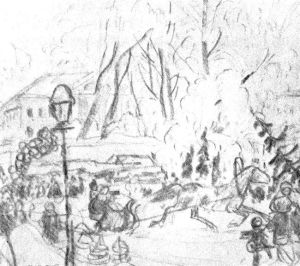 By Kustodiev, Boris – Christmas scene in the street 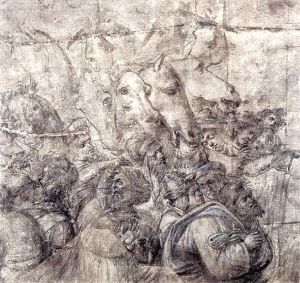 By Botticelli – Horses and Spectators. Fragment of an Adoration of the Kings

By Kuzma Petrov-Vodkin – Riding boy, for the ‘Bathing of the Red Horse’ 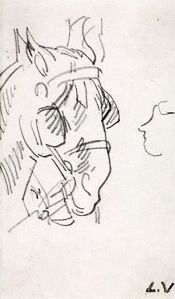 By Valtat, Louis – Horse with winkers 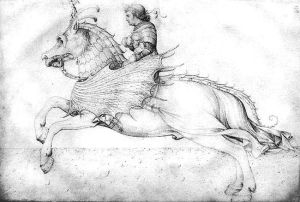 By Bellini, Jacopo – Ross and rider

By Gainsborough – A cottage, cart and horsemen in the countryside

By Kokoschka – Woman with hat on horseback 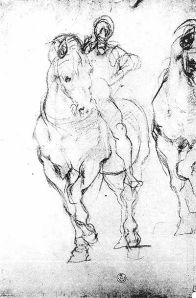 By Mourlot – A horse

By Anonymous of 17th century – Studies of horses in a landscape

By Pisanello – Head of a horse in profile

By Dufy – People and horses 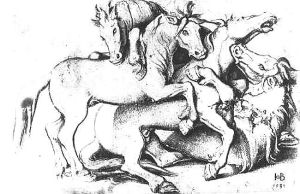 By Anonymous of russian school of 19th century

By Degas – Four jockeys on horseback

By Dürer – Knight escorted by his dog 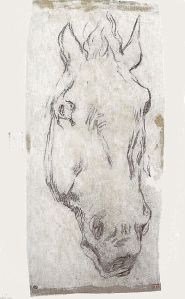 By Anonymous – A horse’s head

By Géricault – An artilleryman leading his horses

By Carpeaux – Study of a rider seen from rear 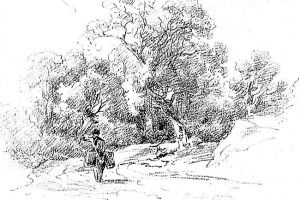