By Michelangelo – Adam and Eve looking to their right side

By Cabanel, A. – Pensive Adam

By Rembrandt – The temptation

By Willette, A.- The red tempting apple 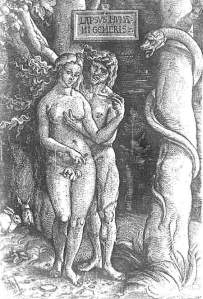 By Baldung, Hans – The sin

By Pontormo- Father god after creating the first woman

By Cabanel, A. – The creator giving orders 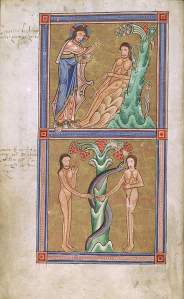 By Unknown authorship of 12th century – The man’s creation, and below Adam beside Eve

By Mueller, O.- Adam and Eve while they flirt

By Wolgemut, Michael – God after Eve’s creation observes the temptation in the Garden 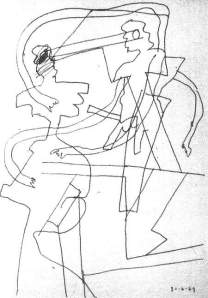 By Gordillo, L. – Adam and Eve

By Baldung, Hans – Eve holding an apple in the Paradise

By Passarotti – The fratricide son of Adam and Eve 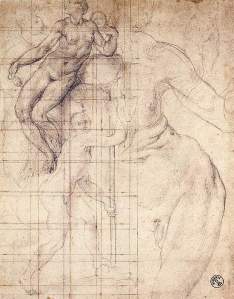 By Pontormo – The first man and woman posing 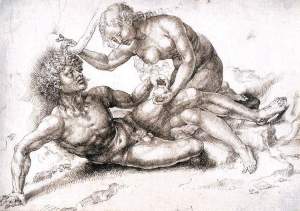 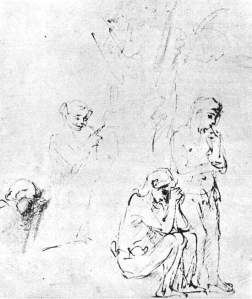 By Rembrandt – The contrition after the sin

By Blake, W. – One of their kisses

By myself – Eve and some apples floating on the river

Filed under Adam and Eve