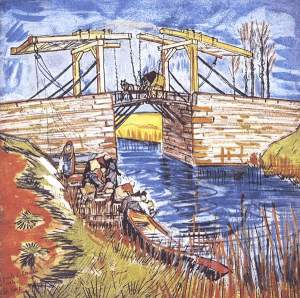 By Van Gogh – The Langlois Bridge at Arles 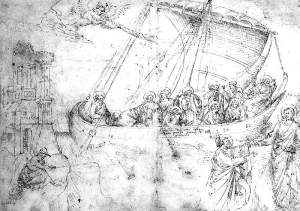 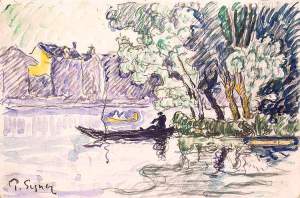 By Signac – Boats in Paris. France 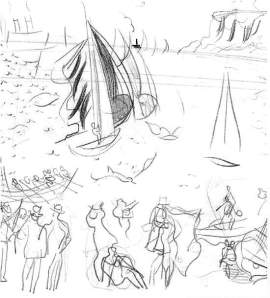 By Dufy – Fete in front the sea 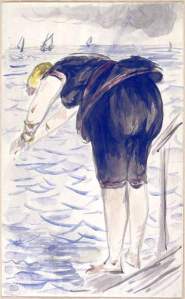 By Manet – Swimmer ready to dive headfirst into the water 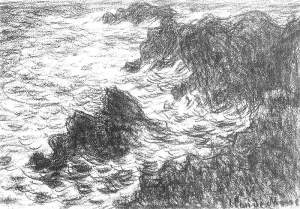 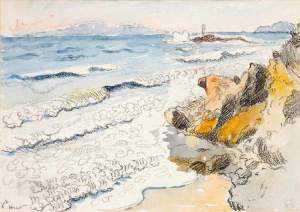 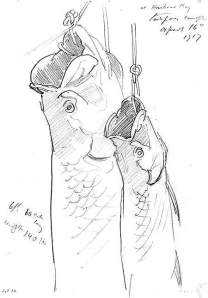 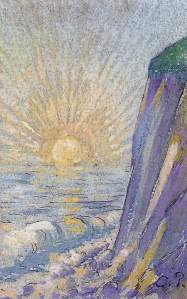 By Pissarro – The dawn 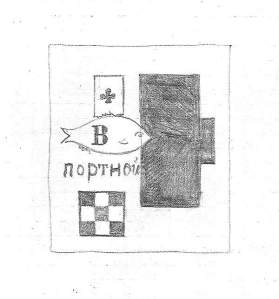 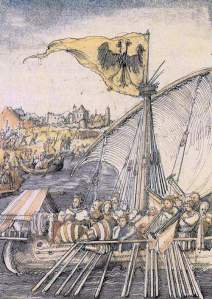 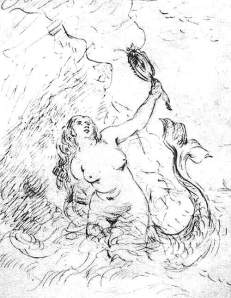 By Constable – Nymph of the sea 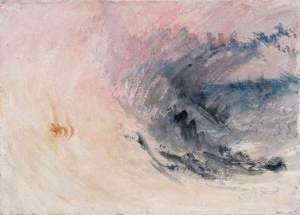 By Turner – Wave under a tempest 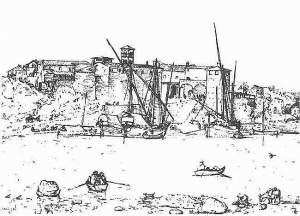 By Bruegel, the Elder – Ripa Grande the old port of Rome 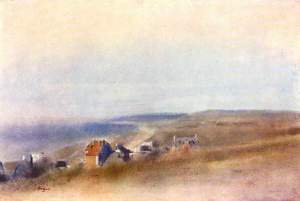 By Degas – Village of the shore 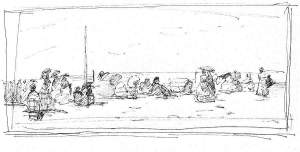 By Boudin – View of people in the beach 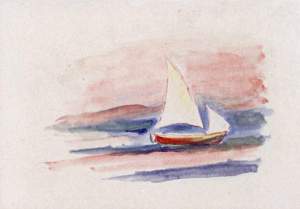 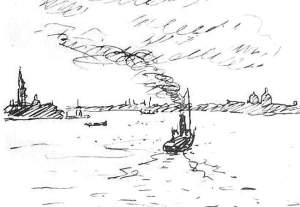 By Marquet – Ship near Venice 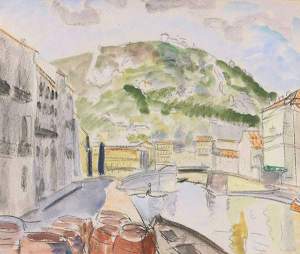 By Heckel, E.- View of a channel 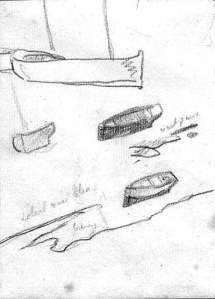 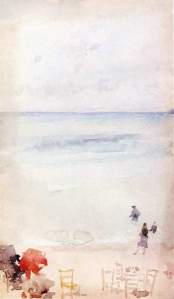 By Whistler, J. M.- People in a beach of Haute-Normandie 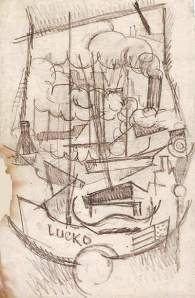 By Gleizes, A. – The ship Lucko in the harbour of New York 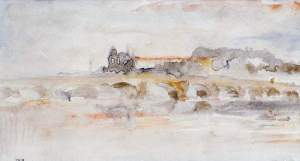 By Rousseau, Théodore – Bridge of Blois 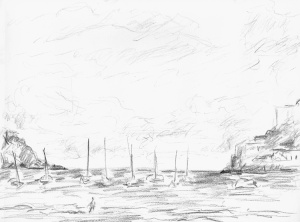 By myself – View of the Kontxa Bay from its beach at Donostia. Gipuzkoa. July 2014