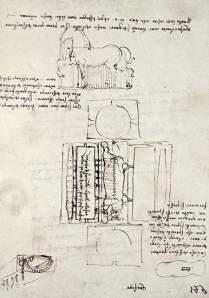 By Gauguin – At the shore. Beside a Verlaine’s poem 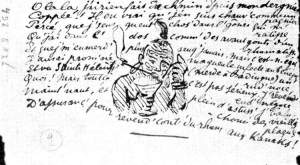 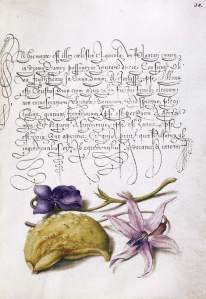 By Hoefnagel, Joris – Still-life with writing

By De’Grassi, Giovannino – Book with patterns of capital letters, the famous anthropomorphic alphabet 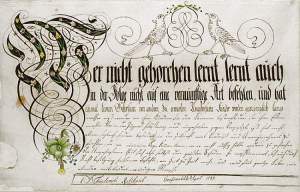 By Friedrich, C. D.- Sheet about Learning and Art in the year of the French Revolution

By Atkinson, James – People in a swing. Street scene on his travel journal

By Von Stuck, Franz – Motif to announce an art exhibition 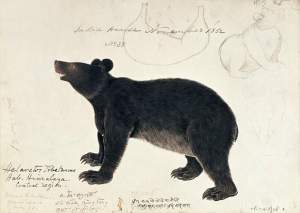 By De Insulis, Alanus – Geometry and other knowledge 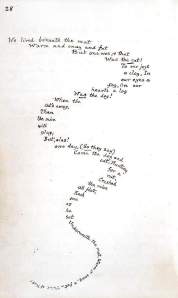 By Carroll, Lewis – One of his famous calligrams

By Michelangelo – Ideas on fruits and meals