By Rubens – His second wife wearing a headdress with pompon

By Lewis, M. – Five girls walking on a avenue of New York

(Dedicate to a flapper friend) 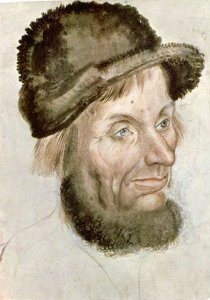 By Cranach the Elder, Lucas – Portrait of a man with fur hat

By Dufy, Raoul – Three ladies with hat meet on the street 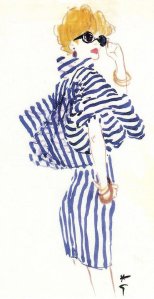 By Chagall – A gentleman with uniform 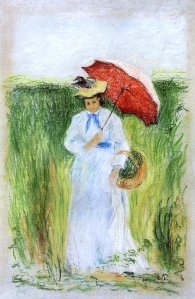 By Pissarro – The lady with of the red parasol

By David, Jacques-Louis – Portrait of a woman wearing clothes of her era 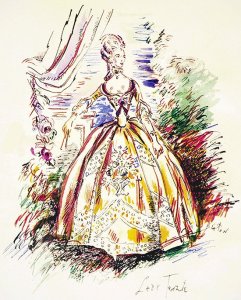 By Beaton, Cecil – Original design for costume worn by Vivien Leigh in ‘School for Scandal’

By Warhol – Shoe and stockings combined 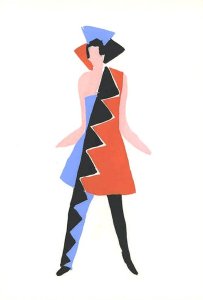 By Delaunay, Sonia – The zigzag dress for a dancer 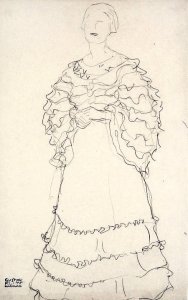 By Klimt – A woman in frilly dress

By Henson, E.- The frilly bikini

By Stonehouse – The boy of the striped t-shirt

By Ohashi, M. – Sketch of a girl with a black hat