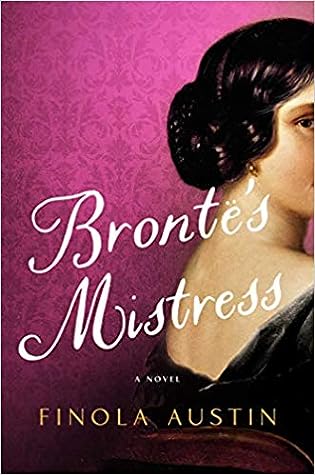 This dazzling debut novel for fans of Mrs. Poe and Longbourn explores the scandalous historical love affair between Branwell Brontë and Lydia Robinson, giving voice to the woman who allegedly corrupted her son’s innocent tutor and brought down the entire Brontë family.

This is a tale of Branwell Bronte and Lydia Robinson, the mistress of Thorp Green Hall. It is 1843 in Yorkshire and Lydia has suffered not one but two devastating losses this year. Her mother and her youngest daughter.

She doesn’t get much sympathy from her husband, who all but ignores her and the children, and to be honest, she isn’t a very sympathetic character.

She already has one Bronte sister tutoring her teenage daughters but now has hired a tutor for her only son. And Branwell is the lucky chap. Down on his own luck, at loose ends and fighting his own demons while dealing with his…